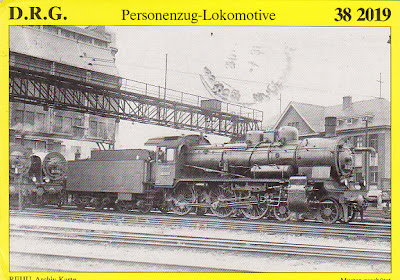 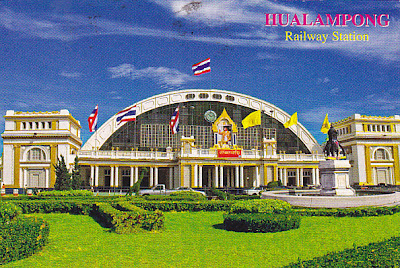 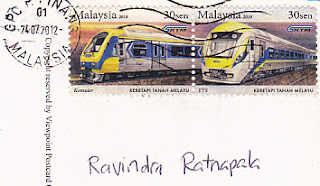 Hua Lamphong Railway Station known as the Bangkok Railway Station, is the main railway station in Bangkok, Thailand, and is operated by the State Railways of Thailand. The station was opened on 25 June 1916, after six years' construction.  The station was built in an Italian Neo- Renaissance style, with decorated wooden roofs and stained glass windows. There are 14 platforms, 26 ticket booths and two electric display boards. Hua Lamphong serves over 130 trains and approximately 60,000 passengers each day. Since 2004 the station has been connected by underground passage to the MRT subway system with a station by the same name.The station is also a terminus of the Eastern & Orient Express.
Posted by Ravindra's Collections at 19:25 No comments: 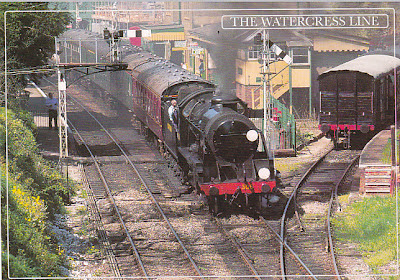 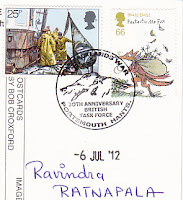 The Watercress Line also known as the Mid-Hants Railway is  a heritage railway in Hampshire, England, running 10 miles (16 km) from New Alresford to Alton. The line gained its popular name in the days that it was used to transport locally grown watercress in the surrounding areas to markets in London. The railway currently operates regular scheduled services, along with dining trains and numerous special events throughout the year.  The line was restored  in 1985.

The Mid-Hants Railway plays host to a modest collection of steam and diesel locomotives, passenger carriages and restored wagons, most of which are from the 1940s to 1960s period.  Steam locomotives operated include Bulleids West Country Class, the Loard Nelson Class  and the BR Standard Class 5.

The line was opened on 2 October 1865.  With the development of motorised transport, the line declined during the inter war and post war periods of the 20th Century and was further compromised. The decline had set in by 1932 and by 1955 the line was struggling to survive. It survived the Beeching Axe in 1963, but was eventually closed by in 1973.

The section of line from Alresford to Alton that can be seen today was purchased from British Rail in November 1975. Reconstruction of the line subsequently progressed in stages. The section between Alresford and Ropley re-opened on 30 April 1977. The extension to Medstead & Four Marks opened on 28 May 1983  and the final section to Alton opened on 25 May 1985.

Some of the structures that can be seen on the Watercress Line today were not part of the original railway. They have been added to make the line serviceable again and to recreate the feel of a fully operational steam railway. The line is now maintained by a small base of paid staff and a core of over 400 volunteers.

Posted by Ravindra's Collections at 09:55 No comments: 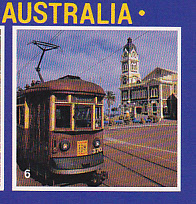 The Glenelg Trams is a 15-kilometre route from the centre of Adelaide  to the beach-side suburb of Glenelg in South Australia It is Adelaide’s only remaining tramway and is part of the integrated Adelaide Metro public transport network. A 1929-vintage  H Class tram  (pictured on the post card)  provided all services on the Glenelg line, until January 2006 when the first members of a new fleet of modern Flexity  trams entered service.

Posted by Ravindra's Collections at 08:24 No comments: 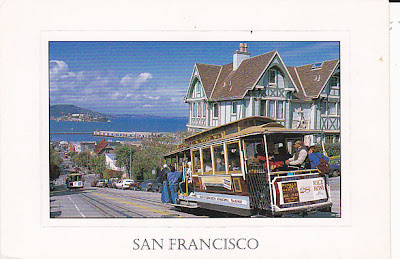 On 18th of July, I wrote about the famous San Francisco Cable Cars in detail. To day I have for you  a few postcards from my own collection. I purchased these post cards in 2005 in San Francisco.

(Above) - A busy cable car on Hyde Street shuttle passengers from downtown in Fisherman's Wharf. 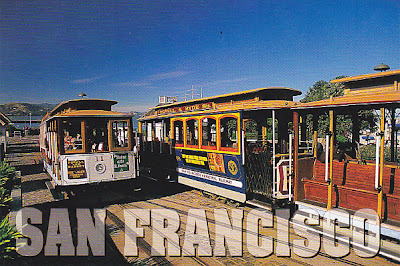 (Above) - A cable car leaves the turnaround at Maritime Park and heads up the Hyde Street hill on its way to downtown San Francisco. 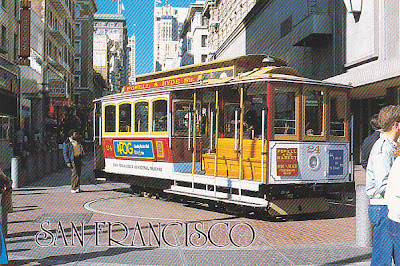 (Above) - Cable car turntable at Powell and Market Street pictured in 1987
Posted by Ravindra's Collections at 07:43 No comments: 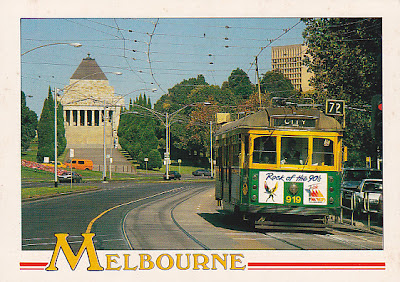 The Melbourne tramway network is a major form of public transport in Melbourne. Trams have operated continuously in Melbourne since 1884, with the opening of a horse tram line in Fairfield, since then they have become a distinctive part of Melbourne's character and feature in tourism and travel advertising. Melbournes cable tram system opened in 1885, and expanded to one of the largest in the world, with 75km of double track. The first electric tram line opened in 1889, but closed only a few years later in 1894. In 1906 electric tram systems were opened in St Kilda and Essendon, marking the start of continuous operation of Melbourne's electric trams.
The above  postcard shows a W 7 class tram on St. Kilda Road passing the shrine of Remembrance. 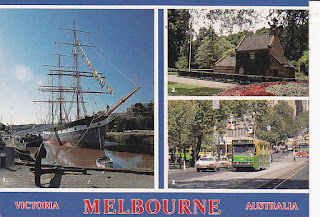 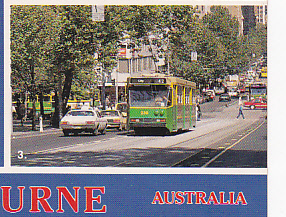 Z1.95 class tram  in The Met livery on Collins Street.
Posted by Ravindra's Collections at 07:29 No comments: 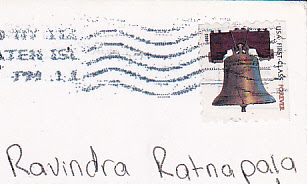 Posted by Ravindra's Collections at 07:18 No comments: 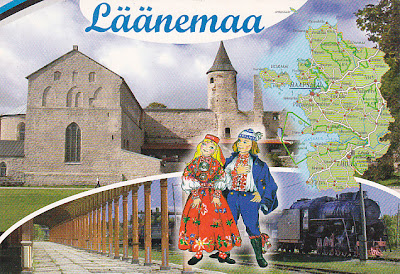 The Haapsalu Station building was custom designed, because the resort town was a favourite holiday site for the Russian Tsars. The complex has four parts – the passenger building, Imperial Pavilion, the colonnade connecting them, and a unique 216-metre-long covered platform. The first passenger train arrived in Haapsalu in 1905 and the last left in 1995. The old railway embankment has been rebuilt into a 50-km-long recreational trail. The discarded station It is today  a Railway Museum.
Posted by Ravindra's Collections at 07:01 No comments: 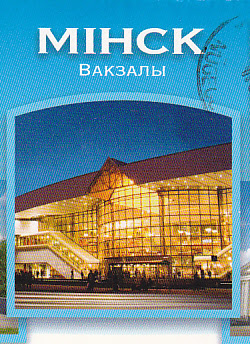 Minsk   Passazhyrski Terminal is the main passenger rail terminal in Belarus. It is sometimes called Minsk Ploshchad Lenina due to the metro station serving the terminal, or simply Minsk. The station was built in 1873. The initial wooden building was demolished in 1890 and rebuilt in stone. During  WW 2 Minsk railway station was completely destroyed. It was rebuilt in 1945-1946 and served until 1991. The new building (pictured here) as Minsk-Passazhyrski railway station was built between  1991-2002. Minsk Passazhirsky is the hub of national passenger transport. It is also servesy several international trains to and from Europe.
Posted by Ravindra's Collections at 06:51 No comments: 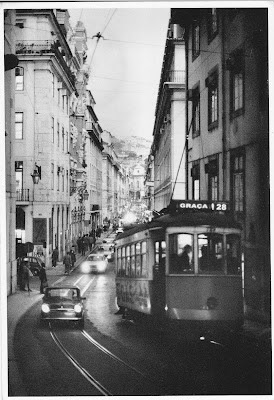 The Lisbon tramway network is in operation since 1873. It presently comprises five urban lines, and is primarily a tourist attraction.
Posted by Ravindra's Collections at 07:36 No comments: