A Sri Lankan Express Train between the capital Colombo and the main line terminus at Badulla enters the Nine Arch Viaduct also known as the Gotuwala Viaduct  between Demaodera and Ella Railway Stations in the Uva Provice. In a seperate post I have written about this viaduct. Recently the Sri Lanka Postal Authorities issued two stamps to commemorate the Engineering marvels of the Sri Lankan Railways. One stamp shows the viaduct and the other the Spiral Railway at Demodera.
Posted by Ravindra's Collections at 05:26 1 comment:

Steam Locomotive in Mexico in 1910. 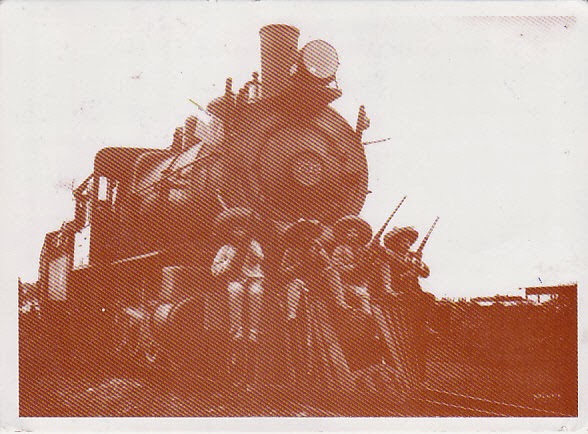 Steam Locomotives were a popular mode of transport during the days of the revolution in Mexico. 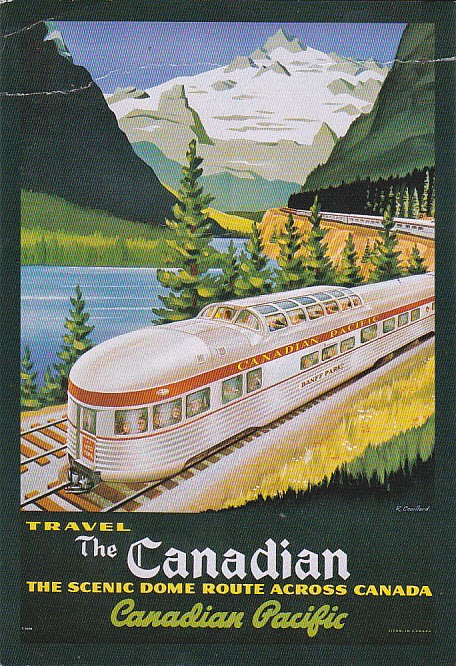 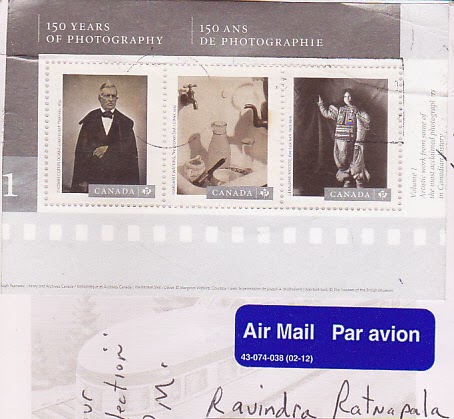 The Canadian Pacific Railway founded in 1881 and now operated by Canadian Pacific Railway Limited It owns approximately 14,000 miles (22,500 km) of track all across Canada and into the United States, stretching from Montreal to Vancouver and as far north as Edmonton. Its rail network also serves major cities in the United States, such as Minneapolis, Milwaukee, Detroit, Chicago and New York City. The railway was originally built between Eastern Canada and British Columbia between 1881 and 1885 fulfilling a promise extended to British Columbia when it entered Confederation in 1871. Its primary passenger services were eliminated in 1986, after being assumed by Via Rail Canada. The trains journey is known as the scenic dome route across Canada.
Posted by Ravindra's Collections at 19:13 No comments: