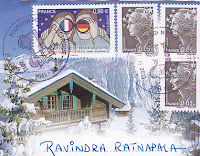 As part of the Montpellier Agglomération transport network, managed by TaM, Montpellier's tramway system is the ideal means of public transportation for getting around Montpellier, visiting many local tourist sites, and generally getting to know the area from a new perspective.
The blue tramway line 1, painted with white swallows, connects the northern part of the city with the Odysseum terminus on the southeast side. Line 2, colorfully decorated in flower-power, goes from east to west.
Montpellier’s two new tramway lines since April 6 2012 offering very contemporary designs by Christian Lacroix. Line 3 in warm and dreamy summer colors. Line 4, on the other hand, will be bright. The fourth line will circulate around the center of Montpellier.

Montepellier Line 2 opened for service on December 16, 2006. It is the longest tram line in France, with a length of 17.5 km.  The line travels between  Jacou in the northeast and  Saint – Jean – de Vedas in the southwest, via Castelnau – le – Lez and the centre of Montpellier. Line 2 was built at a cost of €450 million. In April 2007, with the opening of Lines 3 and Line 4, Line 2 was diverted to run from Corum to the SNCF station at at Saint-Roch through Comédie.

Part of Line 2, between Sabines and Saint-Jean-le-Sec, uses 2.5 km of an abandoned rail line. Line 2 is double tracked between Notre-Dame-de-Sablassou and Sabines; the remaining 3.5 km of the line is single tracked with passing loops.

The livery of trams on Line 2 is decorated in orange with flowers.  Each tram is named for a historic person in the Montpellier region.

On the background is the Montpellier Railway station where the TGV train meets the trams.
Posted by Ravindra's Collections at 05:35 No comments: 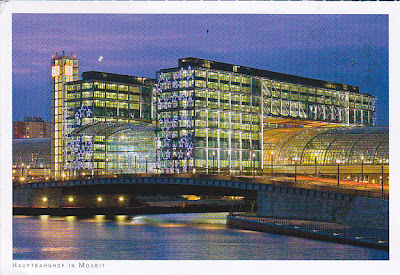 Berlin Central Station is one of the most spectacular architectural projects of the capital. After undergoing eleven years of construction, the station formerly known as the Lehrter Stadtbahnhof was reopened on 28 May 2006 as the largest and most modern connecting station in Europe.

There are two main levels for train traffic and three connection and business levels. However, it is interesting to note that the concept of a "cathedral of transport" was not quite able to be realised in accordance with the wishes of the architect Meinhard von Gerkan. For example, he had planned on having a vaulted roof but this had to give way to a flat roof. Furthermore, the glass roof above the upper rail system had to be reduced significantly.

Nevertheless, the station is delicate, spacious and full of light. The 321 metre long glass hall for rails running east to west is crossed by the 160 metre long and 40 metre wide concourse where rails are running north to south.

A sophisticated system of large openings in the ceilings at all levels allows for natural light to be let in so that it can even reach the lower tracks. The architecture places an emphasis on the character of the station as a traffic intersection. For the Hamburg-based architects Gerkan, Marg & Partner, the importance of the new Berlin Central Station consists in the fact that it serves as an interface in Europe and this point is the determining factor of their design.

Posted by Ravindra's Collections at 06:29 No comments: 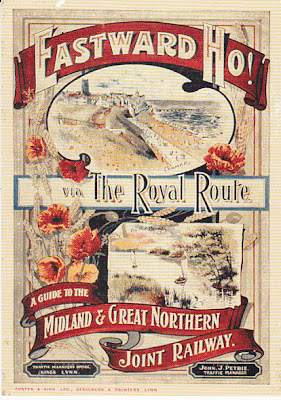 This is the front cover of a 1900 guide to the M & GN Joint Railway and the delights of Norfolk. The guide includes descriptions of the Broads and resorts with many advertisements for accommodation. The postcard is a re production from the collection of the William Marriott Museum, Midland & Great Northern Joint Railway Society.
Posted by Ravindra's Collections at 04:59 No comments: 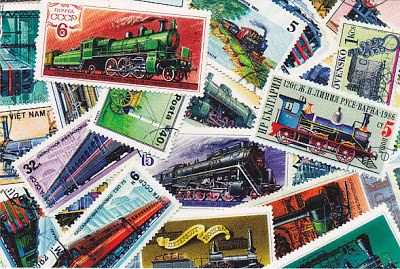 Here you can see a collection of stamps featuring locomotives from around the world.
Posted by Ravindra's Collections at 08:44 No comments: 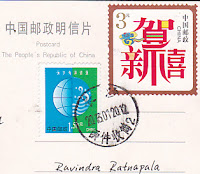 This is a postcard issued by the International Post and Telecommunications Office of China showing a Type SL Steam Locomotive from Japan. I will update this blog when I am able to find more accurate information about this locomotive.
Posted by Ravindra's Collections at 08:40 No comments:

Müngsten Bridge is the highest steel railroad bridge in Germany. Originally the bridge was named Kaiser-Wilhelm-Brücke (Emperor Wilhelm Bridge) to honour Emperor Wilhelm I. After the end of the monarchy the bridge was renamed after the nearby settlement of Müngsten, which is close to the city limits of Solingen, Remscheid and Wuppertal. Today, the settlement no longer exists, so Müngsten is simply a landmark.

Construction work of the bridge began in 1893 and  the bridge was completed  in 1897. The bridge is 107 metres  high and spans the valley of the river Wupper, connecting the cities of Remscheid and Solingen. The six support columns have a maximum height of 69 meters (230 ft). In the middle of the structure, the main arc has a span of 170 meters (560 ft). The overall length of the structure is 465 meters
Posted by Ravindra's Collections at 09:27 No comments: