Historic Views of Chemainus in B. C, Canada. 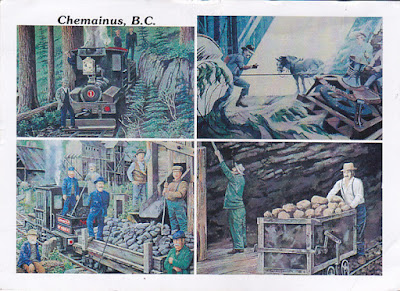 Wall murals depicting the history of days gone by are seen in this interesting town. Also seen is the Steam Donkey at work.
Posted by Ravindra's Collections at 09:19 No comments: 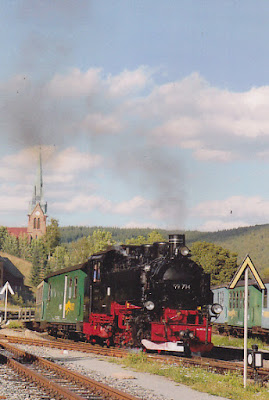 The Fichtelberg Railway is a narrow gauge railway that leads from the standard gauge international line at Cranzahl to the ski resort of oberwiesenthal in the Erzebirge mountains in eastern Germany. It takes its name from the Fichtel Mountain near Oberwiesenthal.  The railway operates only steam powered passenger trains. Steam engines of the DR Class 99.77-79, serial 099 772, 099 773, 099 785, 099 786 and 099 794 are the steam locomotives on this line. This postcard shows locomotive 99-794
Posted by Ravindra's Collections at 09:26 No comments: 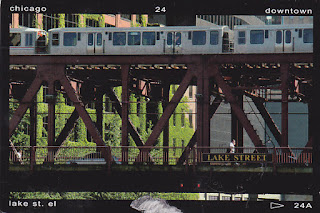 The Chicago "L" (short for "elevated") is the rapid transit system serving the city of Chicago and some of its surrounding suburbs in the U.S. state of Illinois. It is operated by the Chicago Transit Authority. It is the fourth largest rapid transit system in the United States in terms of total route length (at 102.8 miles (165.4 km) long and third busiest rail mass transit system in the USA after Washington Metro. Chicago's "L" provides 24-hour service on some portions of its network, being one of only four heavy rail rapid transit systems in the United States. The oldest sections of the "L" started operations in 1892, making it the second-oldest rapid transit system in the Americas, after Bostons “T”. The "L" has been credited with fostering the growth of Chicago's dense city core that is one of the city's distinguishing features. The "L" consists of eight rapid transit lines laid out in a spoke-hub distribution paradigm mainly focusing transit towards the Loop. Although the "L" gained its nickname because large parts of the system are elevated, portions of the network are also in subway tunnels, at grade level, or open cut.
Posted by Ravindra's Collections at 09:01 No comments: 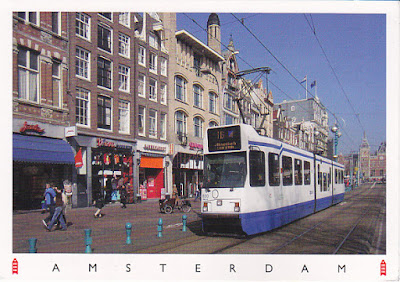 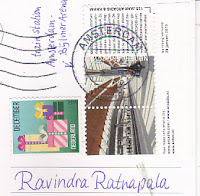 Tram Line No 16 is a tram in Amsterdam connecting Central Station – Albus – Lairessestraat – Boelelann. The 7.3 KM long line commenced operations on 15th August 2013 and has undergone several modernization programs.
Posted by Ravindra's Collections at 08:45 No comments: