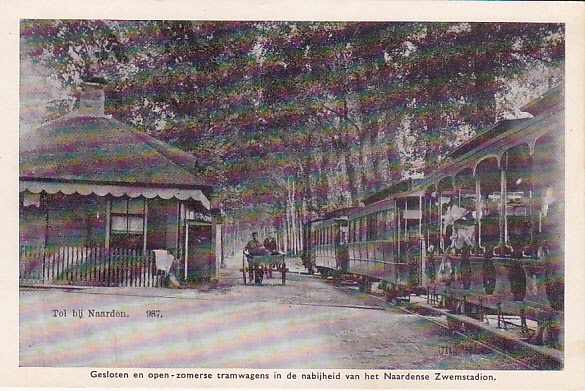 Posted by Ravindra's Collections at 21:56 No comments:

A Rail Road Scenary in Netherlands. 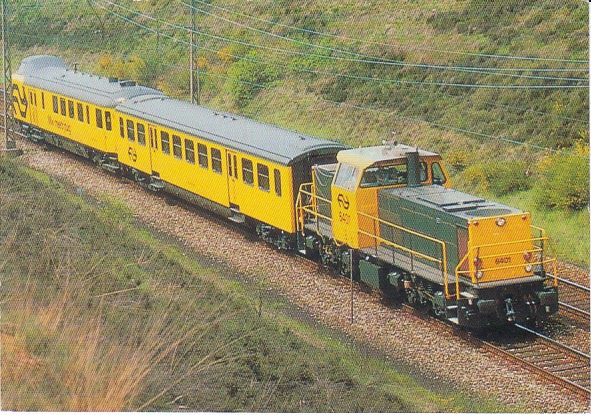 Posted by Ravindra's Collections at 21:40 No comments: 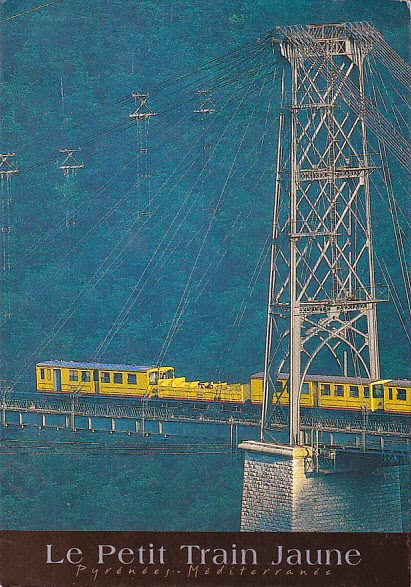 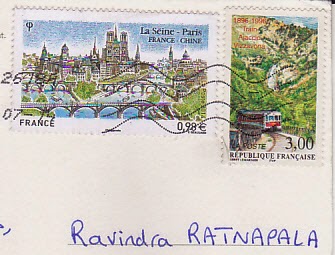 The Little Yellow Train runs from Villefranche de Conflent, 50 km from Perpignan, to Latour de Carol, near the Spanish town of Puigcerda. The most spectacular part of the route is the section from the start at Villefranche, up as far as the small town and ski-resort area of Odeillo – Font-Romeu. Hugging the sides of the deep valley of the Tet, the line winds up between forests, chasms and gushing streams. From the start up as far Mont Louis, near the summit, passengers are treated to spectacular views of the rocky mountainous scenery, including villages, two historic fortresses, and a precariously perched old hermitage. The line, which was begun in 1903, is a spectacular feat of civil engineering, and apart from the dozens of mostly short tunnels, it includes many bridges and small viaducts, plus two remarkable viaducts spanning wider valleys. These include the remarkable Pont Gisclard, or Pont de Cassagne, which is the only railway suspension bridge in France. After Mont Louis, the line continues to rise for a kilometre or so, before reaching a broad high valley, which it skirts along for seven kilometres as far as the station at Font-Romeu– Odeillo. From here, it then descends some 300 metres down to a high valley on the Spanish border, and the frontier town of Bourg Madame. The station at Bourg Madame is just a few hundred metres from the Spanish border, and it is easy to walk to the old Spanish town of Puigcerda. The line terminates a few kilometres further on, at the small town of  Latour de Carol, where it connects with the French railway line from Toulouse, and the RENFE Spanish line from Barcelona.

Posted by Ravindra's Collections at 21:35 No comments: 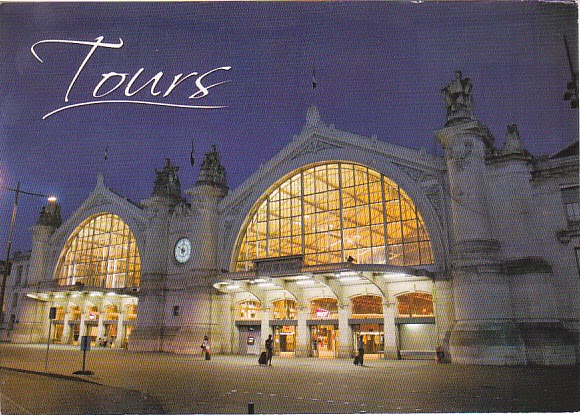 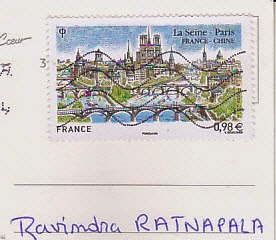 Gare de Tours is a railway station serving the city Tours in Western France. It is situated on the Paris – Bordeaux railway, the Tours – Saint Nazaire railway and the non-electrified Tours – Le Mans railway. On 28 December 1984, the railway station was classified as a historic monument. The railway station was built in 1898  with four allegorical limestone statues of cities (Bordeaux, Toulouse, Limoges and Nantes.

Posted by Ravindra's Collections at 21:25 No comments:

I AM BACK AGAIN

Here I am back again after almost 5 months of absence. Thank you so much for the cards you have sent me during this period. I will be writing to all of you very soon. Thanks for being patent with me. Cheers.
Posted by Ravindra's Collections at 21:19 No comments: