The name “Hayabusa” meaning Falcon  was formerly a limited express Train  operated by Japanese Railway (JR Kyushu) which ran from Tokyo to Kumamoto. The service which commenced in 1958 was discontinued in March 2009. The postcard shows a train  hauled by an EF66 locomotive before the service was discontinued. A total of 89 EF66 locomotives were built by Kawasaki Sharyo for Japanese Railway between 1968  and 1989 in two lots.

Today a train by the same name is operated as a High Speed Shinkansen service between Tokyo and  Shin Aomori by East Japanese Railways.
Posted by Ravindra's Collections at 10:11 No comments: 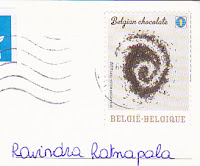 Maastricht Railway Station in Netherlands  was opened on 23 October 1853 and is located on the Maastricht – Venio railway, Maastricht – Aachen Railway and the Liege – Maastricht Railway. The train service through this station are operated by Nederlandse Spoorwegen, Veolia and NMBS.
Posted by Ravindra's Collections at 09:17 No comments: 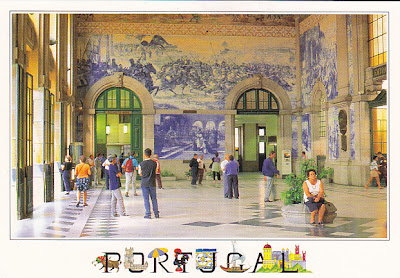 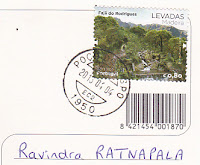 São Bento Railway Station  is located in the city of Porto in Portugal. Inaugurated in 1916, the historical station is known for its tile panels that depict scenes of the History of Portugal. It is located in the Almeida Garret Square, in the centre of the city. It remains in regular use as a railway station, served by trains operated by Comboios de Portugal. It is the western terminus for trains on the scenic Douro line to and from Pocinho
.
Posted by Ravindra's Collections at 08:42 No comments: 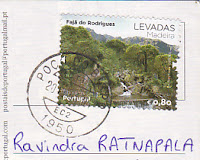 The lovely 0186 steam engine was built by Henschel & Son in 1925, and the five ancient wooden carriages will carry you from Régua to Tua and back on an unforgettable journey into the past on the Pinhao  Scenic Railway.
Posted by Ravindra's Collections at 08:19 No comments: 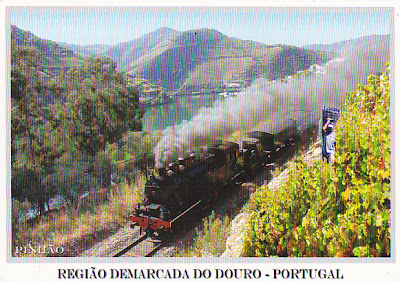 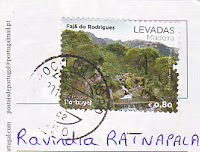 Travelling on the Pinhao Historic Train is like a journey back through time. The journey follows the river Douro with stunning views of the surrounding countryside, which UNESCO has classified as a World Heritage Site. The steam engine and the five ancient wooden carriages will carry you from Régua to Tua and back on an unforgettable journey into the past.
Posted by Ravindra's Collections at 08:19 No comments: 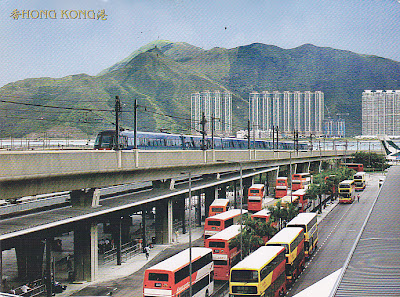 This is a view of the Public Transport Interchange at the Hong Kong International Air Port. The Hong Kong Metro departs from this inter change to connect many interesting sights of Hong Kong via the Hong Kong Central Station.
Posted by Ravindra's Collections at 19:57 No comments: 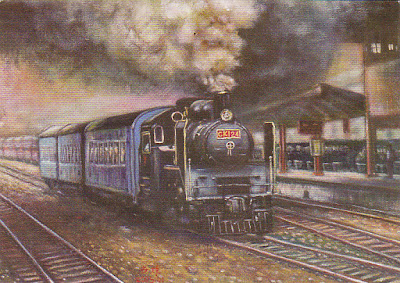 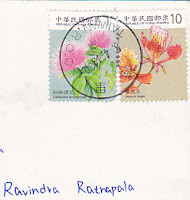 Taiwan Railway Administration’s (TRA) CK124 steam train  during a 27-kilometer (17 miles) scenic tour through the mountains of Hsyinchu County, Taiwan. The Taiwan Railways organized a special tour on the restored steam locomotive to mark the 125th anniversary of the railway's operations on Taiwan. The train, decommissioned in 1979, was restored back  in 2001 and the only remaining one of seven built for Taiwan between 1936-1943 by the Japanese company Nippon Sharyo in Hokkaido, northern Japan.
Posted by Ravindra's Collections at 19:45 No comments: