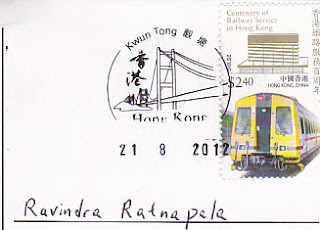 The  Kowloon - Canton Railway (now the KCR East Rail), a conventional railway, was opened in 1910. At that time, KCR trains could run only on the British Section. services were disrupted by the Japanese invasion of Hong Kong during the Second World War. In 1951 through-train freight services resumed, but through-train passenger services did not resume again until 1979. Trains were initially steam hauled, but diesel trains were gradually introduced in the 1950s and by 1962 had replaced all steam trains. In 1974 a 10-year investment programme was started to double-track and electrify the railway On 16 July 1983 the use of diesel trains ceased for domestic passenger services. Diesel trains are, however, still used today to haul freight.
Posted by Ravindra's Collections at 07:06 No comments: 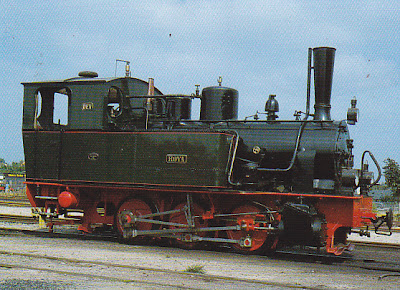 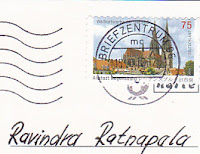 Steam locomotive “Hoya”, a Hanomag narrow gauge steam locomotive from 1899 is preserved at the Deutscher Eisenbahn-Verein e.V. (DEV) Museum, who founded and operates the First Museum-Railway of Germany.  This loco does run from Bruchhausen-Vilsen to Asendorf in the state of Lower-Saxony, Germany.
Posted by Ravindra's Collections at 08:42 No comments: 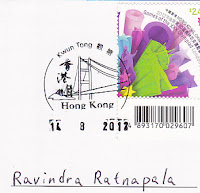 The Peak Tramway operating since 1926  is a funicular railway in Hongkong,  which carries both tourists and residents to the upper levels of Hongkong Island. Running from Central District to Victoria Peak via the Mid Levels, it provides the most direct route and offers good views over the harbour and skyscrapers of Hong Kong.

The Peak Tram's route from Central district to Victoria Peak covers a distance of about 1.4 kilometres and a height difference of just under 400 metres. The line has two pronounced curves, one to the left immediately after leaving the lower terminus, and the other to the right in the upper half of the ascent. The gradient also varies considerably throughout the ascent. It is a single track route and a passing loop, with two trams.
Posted by Ravindra's Collections at 18:35 No comments: 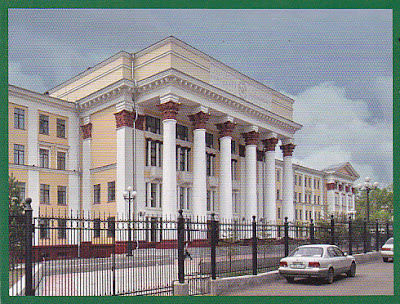 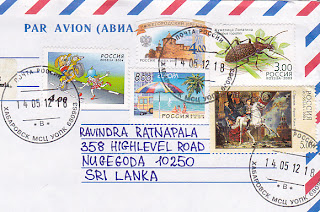 Now known as the Far Eastern State Transport University (FESTU) was originally established as the Khabarovsk Institute of Railway Engineers on September 8th, 1937. It was the first technical college in the Soviet Far East aimed at training of qualified personnel for the railroads of the East Siberian and Far Eastern regions of Russia.

Khabarovsk, is at the junction of the Amur River and the Trans Siberian railway.

Posted by Ravindra's Collections at 22:00 No comments: 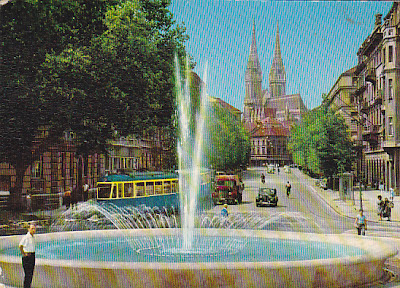 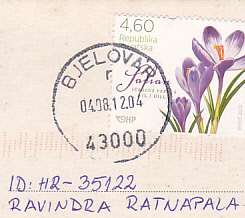 The Zagreb Tramway, consists of 15 day and 4 night lines Trams operate on 116 km of meter gaug tracks. During the day every line runs on average every 5–10 minutes, but almost every station serves at least two routes. Nighttime lines have exact timetables averaging at about every 40 minutes. The first horse car tram line was opened in 1891, and the first electric tram ran in 1910. Here you see a tram on the Racki Street in Zagreb.
Posted by Ravindra's Collections at 19:09 No comments:

Some Where in Russia. 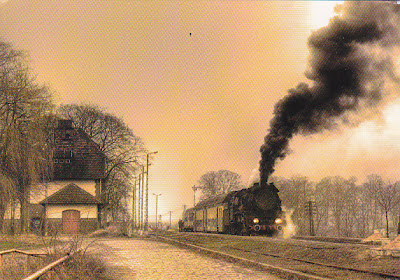 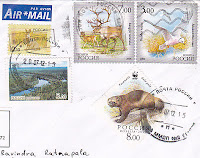 I do not have any information about this post card. Please provide me any information that you may have. I received the card from Russia via post crossing.
Posted by Ravindra's Collections at 07:03 No comments: