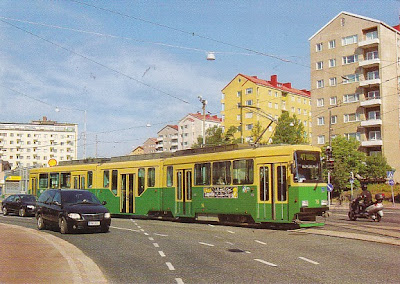 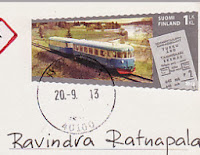 The post card shows a MLNRV I (Nr II) class of articulated six-axle tram operated by Helsinki City Transport (HKL) on the Helsinki tram network. All trams of this type were built between the years 1983 and 1987.  Between 1996 and 2005 all trams in the class were modernised by HKL and re designated as Nr II class. From 2006 onwards all trams of this class will be rebuilt with a low-floor midsection. Currently, when all the units have been rebuilt with a low-floor midsection, the whole class has been re designated as MLNRV II.
Posted by Ravindra's Collections at 08:31 No comments:

The Milan tramway network is an important part of the public transport network of Milan in Italy. In operation since 1881, the network is presently about 115 km long. It comprises 17 urban lines and two interurban lines.

Posted by Ravindra's Collections at 08:07 No comments:

Milan Central is the main railway station in Milan, Italy, and one of the main railway stations in Europe. The station was officially inaugurated in 1931 to replace the old central station built in  1864.  It is served by high speed lines and conventional lines connecting many Italian cities as well as nabouring countries. The design of the station was modeled after Union Station in Washington, DC and construction begins in 1912. Due to the Italian economic crisis during WW I, construction proceeded very slowly, and the project, rather simple at the beginning, kept changing and became more and more complex and majestic. Construction resumed in earnest in 1925 and on July 1, 1931 the station was officially opened. Its façade is 200 meters wide and its vault is 72 meters high, a record when it was built. It has 24 platforms. Each day about 330,000 passengers use the station, totaling about 120 million per year.

Posted by Ravindra's Collections at 07:56 No comments: 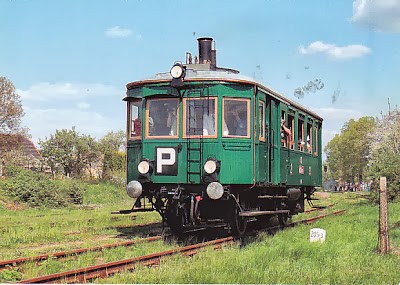 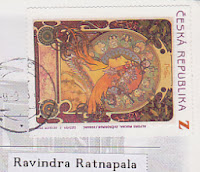 M124.001 nicknamed "Komarek" is a steam driven rail car in the Czech Republic. It is a four wheeler steam car made ​​in 1903 in two pieces. After the decommissioning, the National Technical Museum in Prague carried out the necessary repairs it returned as a exhibit in 2006.

Posted by Ravindra's Collections at 20:36 No comments:

The Isle of Wight Steam Railway passes through five miles of unspoiled Island countryside between Wootton, Havenstreet, Ashey and Smallbrook, recapturing the days of the branch line railway. Brought to life again are those perky tank engines and quaint, wooden-bodied carriages which were once such a familiar sight when, up until the 1950’s, the Island boasted some 55 miles of railway lines connecting the Island’s towns and villages … But it's not just the trains that are preserved, for here too is all the associated infrastructure, from traditional operating practices and equipment through to old railway buildings recovered from long-closed lines.

For more than a century the Island’s railways operated with near life expired locomotives and carriages sent over from mainland railways. As a result the Island became a repository for a magnificent collection of 19th and 20th century steam locomotives and carriages. After extensive and skilful restoration, a number of these vehicles are again back in service with the IW Steam Railway.
Operated by a dedicated team of volunteers backed by a full-time workforce of twenty, the Railway has received several prestigious awards including ‘Independent Railway of the Year’ on no less than three occasions, despite fierce competition from a hundred or so other preserved railways throughout the country. Film and television crews have used the line extensively for programmes ranging from period dramas to documentaries.

It took its first tentative steps into operation in 1971 at the then semi-derelict Havenstreet Station on the former Ryde to Newport line. For 20 years the Railway operated a mile and a half section of this line from Havenstreet to Wootton, but in 1991 opened its three and a half mile extension to Ashey and Smallbrook Junction. The IW Steam Railway is unique in offering travel exclusively in wooden-bodied Victorian and Edwardian carriages all of which formerly ran on the Island system. It offers a rare chance to experience branch line travel not just of yesterday ... but also of the day before that!

Pictured here is steam loco no 11 "Newport" at Wootton Station.


Posted by Ravindra's Collections at 22:07 No comments: